30 Independent Country Artists To Do A Series of European Benefit Concerts to help sick child. 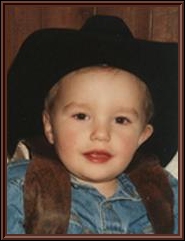 Gary Bradshaw, of Western Heart Promotions, announced today that a number of artists his Company represents are going to do a series of concerts for the benefit of Jordi, a two year old boy who lives in Belgium. Jordi was born with a birth defect that damaged his kidneys thereby causing them to slowly shut down. Jordi's mother died shortly after his birth and unless Jordi gets the badly needed operations soon, he will not live to see his fourth birthday. The family has no money or insurance. Also, from what we understand, there are no facilities in Belgium to handle these types of operations. Mr. Bradshaw was contacted by Mia Heylen, a Disc Jockey and president of the Belgium International Country Music Association. She asked each of the artists, whose music she plays on her radio show, to please send her 5 CD's each for her to hold an auction and sell to raise money for Jordi's Family. When the artists heard of the boys plight, not only did they send the five CD's, but volunteered their talents for a series of concerts in Belgium, the Netherlands, and Denmark. All of the artists are undertaking the personal expenses upon themselves and not one artist asked for anything in return. Many had to arrange their personal schedules and use their vacation time or take time off to do this. Their only request is to perform and be a part of saving this boy's life. Many artists are coming for a few days, long enough to be part of it and then returning home to the USA. Festival promoters, booking agents, and all sorts of great people are now involved. New recording artists just starting out and some of the great recording Artists like Grand Ole Opry member Ernie Ashworth and his wife Betty are going along to help where they can. The following Artists have committed to this trip thus far: Dreamscape Records Recording artist Antonio Rosales (Oklahoma), Woody Wills (Alaska), Les Richardson (Oregon), Tonya Ray (Michigan), Jamie Harper (Florida), Alan Spencer Hale (Tennessee), Jerry Hill (California), Tom Cunningham (Texas), Shirley Frederickson (Canada), Freddy Lovvorn (Texas), Joyce Mere (California), Kim Anthony (Tennessee), David Arr (Michigan), Stevie Cee (Maine), Paul Collette (Arizona), Sylvia Winters (Georgia), JT Parker (Texas), Rick Robledo (California), DK Davis (Ohio), Ernie Givens & The White Lies Band (Illinois), Kevin Shaw (Kansas), Paul Mateki (Texas), Richard Burr (California), Doc Randolph M. Howes (Louisiana), and Ernie Ashworth (Tennessee). We are waiting on confirmation from a few other artists. As soon as they confirm, we will add their names to this list. Many of the wives/husbands and band members are going and have offered their help with these shows. Recently John Melissen, president of the Dutch Country Disc Jockey Association, got involved and set up 3 show dates for the tour in the Netherlands. Bjarne C. Hesselbjerggaard of Denmark arranged a concert as well for us. Ab Plant, of the Netherlands, also set up a show. Several of the other DJ's are looking for other venues for us to perform at. Many of the European local recording artists have also gotten involved. More than 100 other DJ's have offered to do Interviews and help where they can. Many of the Europeans have opened up their homes to stay with them while we're there. The response for this boy's plight has been remarkable on such short notice. The National, Local Television, and Radio industries have become involved as well. Festival promoters, booking agents, and all sorts of great people are now involved. The success of this entire trip will be due to the generosity and compassion of the Independent Country Music Artists and European DJ's. This is One big family that deserves a big hand. IF YOU NEED ADDITIONAL INFORMATION, HAVE QUESTIONS, OR WOULD BE INTERESTED IN HELPING MAKE THIS TOUR A SUCCESS, CONTACT GARY BRADSHAW OF WESTERN HEART PROMOTIONS at: GaryB27194@aol.com OR Christian Treiber, President of Dreamscape Records at: DreamscapeRecords@netscape.net