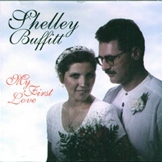 I picked this one out especially for the traditional country fans out there. Here's some good ol' country music you can turn up and tap your toes to without scarin' the cat. Shelley has some great musicians along for the ride including some really mean fiddle played by Chris Krienke that makes you feel like you're down on the Louisiana Bayou especially on the one called R&R (Cajun!). Chris's fiddle comes in handy for some of the traditional ballads contained in the CD too. I liked "The Word Is Love". Attention all my foreign DJ friends; it has some great traditional country and I guarantee you will love this CD! Shelley not only has a really great attitude and doesn't take herself too seriously, she also has a great sense of humor. One great one is "Beaubadeen" (Bubba's dancin' queen) "so if you see her on the dance floor, you better clear the way. 'Cause if the music starts to move her, those big hips start to sway". "Lost Little Girl" is a nice change of pace song with some very tasty banjo added. She even sings a truck drivin' song called "Scottie's Song" that is going to be a hit with all the truck drivin' fans out there. This talented Canadian wrote all the songs on this CD with the exception of R&R which was written by Janis Chislette. Shelley was just voted 1999 European Female Vocalist of the Year by Nashville Tracker Magazine. You can visit Shelley's site at:

You can order Shelley's CD from

Shipping & Handling and tax are included.

Shelley also has a new MP3 site you can visit at: